Abstrakt Publicity was launched in 1999 by Anna Goodman.

The company now works with a variety of regular artists and organisations plus one-off projects, maximising awareness and generating a high publicity profile. Working extensively with press, radio and online media both nationally and regionally, Abstrakt works closely with clients creating innovative and effective promotional campaigns for performances, events and tours.

Over the last decade Camp Energy have worked hard to create the best experience for kids, and every year it gets better and better.

Their rigorous personnel selection and training, together with our ‘Local Authority Approved’ status gives the reassurance that kids are in safe hands every step of the way.

Chelsea Theatre, London's theatre for Live Art, is dedicated to commissioning, producing and presenting the freshest and most innovative artists, both nationally and internationally. We’re proud to have hosted some of the biggest names in contemporary performance from artists including Ron Athey, Franko B, Bobby Baker, Gob Squad, Lone Twin, Goat Island and Annie Sprinkle.

The J Paul Getty Jnr Charitable Trust was endowed by Sir John Paul Getty, KBE, who died in April 2003 in London, where he had lived since the 1970s. The Trust started distributing funds in 1986, and since then it has awarded nearly £58 million to over 3,300 charities across the United Kingdom.

The Trust's main aim has always been to fund well managed projects (working within its current areas of interest) which help to relieve poverty, support disadvantaged people, and effect long-term change where help is not readily available from the public or private purse. The Trust also provides funding for the arts, and towards the conservation of the natural and built environment.

Oxford Lieder exists to promote and celebrate song. The centrepiece of each year is The Oxford Lieder Festival, an extravaganza of song now well established as the leading festival of its kind in the UK. Founded in 2002 with a series of seven concerts on the songs of Schubert, the Festival now presents 30-plus concerts given by many of the world’s leading interpreters of the song repertoire.

Oxford Playhouse is a theatre for everyone.

Oxford Playhouse and its Burton Taylor Studio present and produce a wide range of live performance. The programme includes the best of British and international drama, family shows, contemporary dance and music, student and amateur shows, comedy, lectures and poetry.

We also create live performance here in Oxford. The Playhouse produces and tours its own shows, hosts Artists in Residence and presents Playhouse Plays Out, an ongoing series of off-site events which happen at locations across the county.

For 45 years, Pegasus has pioneered theatre and arts education work with young people, the local community and professional artists at the start of their career. We have a track record for delivering high quality, accessible and inspiring activities that encourage people to take part in the arts. Pegasus is indeed a special place for creativity.

Formed in 2002, the Reuben Foundation is a UK-registered foundation created to channel the charitable giving of the Reuben Brothers. The brothers continue to proactively look at supporting a range of charitable causes, from long-term funding projects to individual charitable donations.

A letterpress printer in the centre of Oxford who produces commercial items and collaborates with artists and designers to create highly distinctive work.

Riverside Studios aims to be London’s pre-eminent space for risk, inspiration and creativity in the arts and media, in a setting which is energetic, internationalist and friendly.

Nearly ten years after opening its permanent home in the creative heart of London, Soho Theatre has established itself as a major new writing theatre and a writers’ development organisation of national significance.  With a programme spanning theatre, comedy and writers’ events and home to a lively bar, Soho Theatre is one of the most vibrant venues on London’s cultural scene. 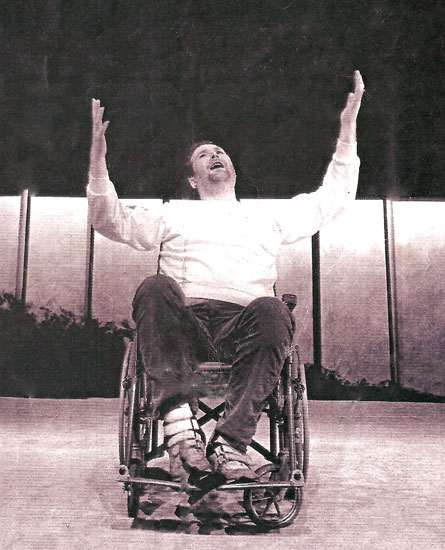